DIRECTOR KIRILL ZAITSEV
SCRIPT IVAN KLOCHKO, IGOR KONYAEV
CAMERA VLADIMIR KLIMOV
DESIGN IRAIDA SHULTS
MUSIC ARTURS MASKATS
PRODUCERS KIRILL ZAITSEV, DMITRY YAKUNIN,
ANASTASIA TRUBCHEVSKAYA, ANATOLY KONYCHEV
CAST IVAN KLOCHKO, MARAT EFENDIEV,
KIRILL ZAITSEV, IGOR NAZARENKO,
IVAN KRIVORUCHKO
PRODUCTION MOVIESTART,
ZAITSEV STUDIO
SALES CONTACT: MOVIESTART
PRESSASKRF@GMAIL.COM
Russia, 2021, 38’
23 October 12:30, Saturn IMAX #1
A WWII veteran finds his diary amongst a bunch of letters and photographs. As the elderly man leafs through his diary, the memories immediately send him back to the heart of the war. There a young Sashka stands in the middle of a battle with fire, blood and dirt all around him. It is during this terrifying battle that he single-handedly takes a young German boy prisoner. Although the German awaits death, Sashka has given him his word, Russians do not shoot their prisoners. The headquarters’ battalion commander, whose girlfriend was killed during battle in the village, orders the fascist prisoner to be shot. The Russian soldier now faces his biggest decision. 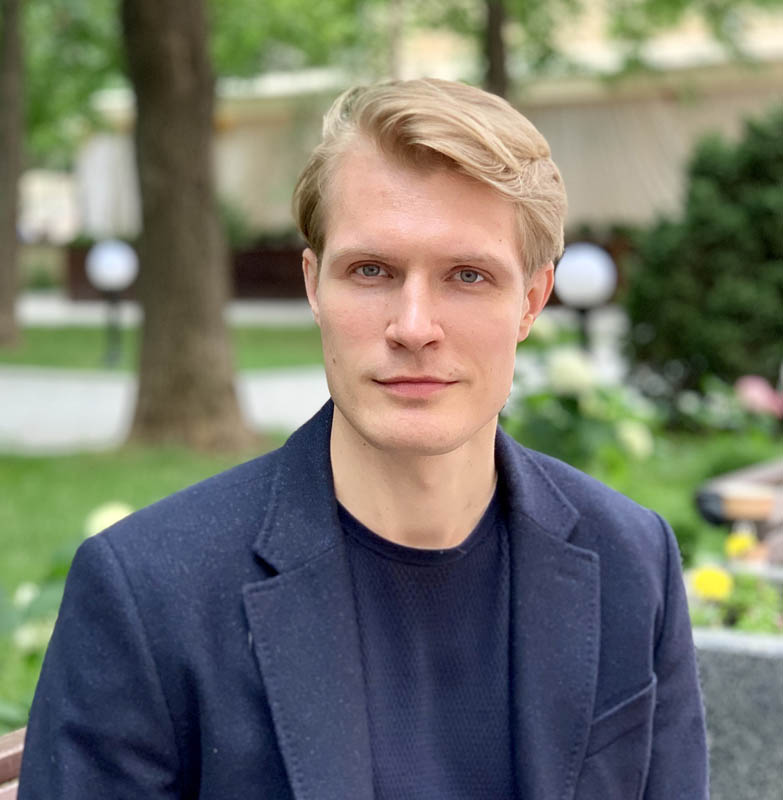 Russian film and theatre actor, director and producer. He was a Golden Eagle Award winner for his role as Sergey Belov in the film “Three Seconds”. He was born in 1987 in Volgograd. In 2012, he took a course at the Latvian Academy of Culture taught by Igor Konyaev and Elena Chyornaya at the Mikhail Chekhov Riga Russian Theater. After the course, he started acting at this theater. Since 2016 he has acted in Russian and foreign films, as well as on TV series. In 2020, he created the production company Zaitsev Studio, where he participated as producer and lead actor in the documentary film “Color of the War” about artists of the sixties. “Sashka. A Soldier’s Diary” is his directorial debut.